Parts Unknown: What It’s Like Travelling Japan Alone for Males 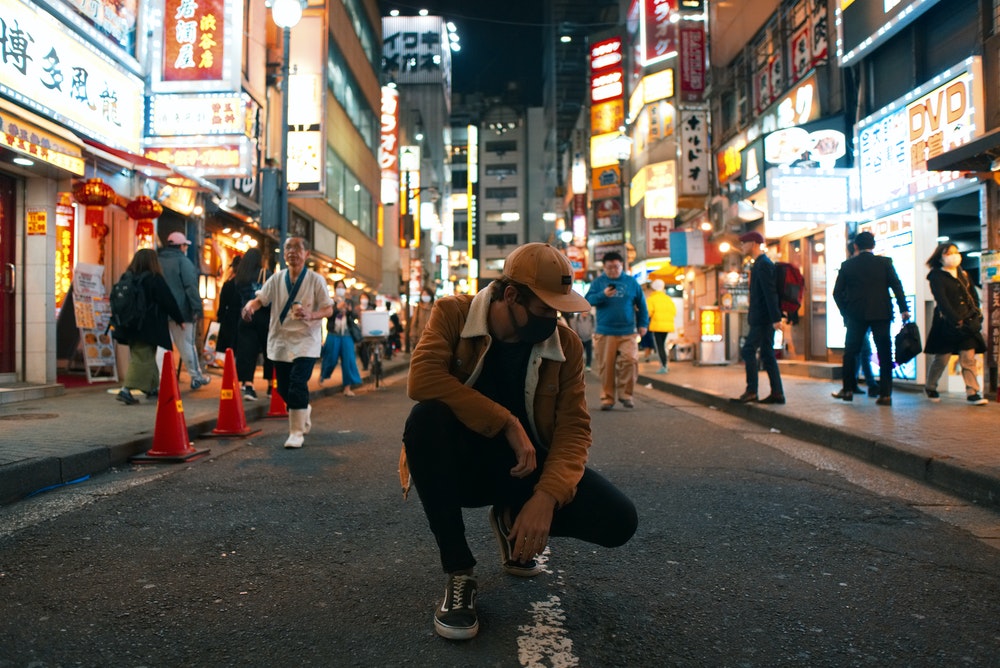 Japan is one of the most popular countries to visit in Asia. In 2018 and 2019, the Japan National Tourism reported a rough average of over 31 million international tourists per year. It’s a huge leap from 10 years ago, back when 2008 and 2009 only saw around 8 million and 6 million, respectively.

Japan tour guides offer plenty of tips and plans for groups traveling to Japan. But what about men traveling alone who prefer to enjoy traveling solo while experiencing another culture? It can be a satisfying trip with zero compromises, but it also means having to rely solely on yourself to independently get around and enjoy your trip.

So, for men thinking about taking a flight to experience authentic Japanese culture in the land of the rising sun, here are some tips and useful guidelines. Book your flight, reserve the best seat on the plane, and read up as these are based on our personal experiences, tips from locals, and hidden gems you may overlook online.

Read Up on the Culture

This applies to any country you’re visiting, really. It’s important to know details about a country’s everyday culture to avoid unintentionally offending any local person you meet. You might be given a pass if it’s clear you are a tourist, but others may take offense and call you out on your rude behavior.

Japan, in particular, has plenty of social taboos and practices that are considered normal in the United States. To name a few:

Read up on Japanese culture websites, as these can give you a full list of Japanese no-nos and what their social culture is like. This is important to learn moreso when you’re traveling alone in Japan. In a group, you have friends who can intervene and apologize on your behalf. Alone, you may not have someone to speak for you.

When traveling alone, my biggest worry is getting lost and not finding anyone who can speak English to help me. This may be the case in Japan, where supposedly only 30 percent of the population can speak some amount of English. To avoid getting lost or if you need directions, learn some Japanese phrases before going to Japan. Here’s a guide to essential Japanese phrases.

If you’re traveling alone in Japan, now may be a good time to try out a budget capsule hotel to save up on accommodation expenses. True to its name, capsule hotels are accommodations where everything is communal (the bathrooms, the lockers for storage, etc.), and your only private spot is the capsule that holds your sleeping quarters.

Cheaper capsule hotels offer basic accommodations, while more expensive ones offer modern capsules with more room and amenities. It’s not for every solo traveler in Japan, especially those with claustrophobia and those who prefer more privacy to themselves. But if you want cheaper accommodations with a unique experience, try finding capsule hotels.

Have Your Flight and Accommodation Papers Ready

You can have these on your phone, but I felt much safer having most of these printed and stored in my carry-on bag. When passing through Japanese immigration, you will need to declare how long you’ll be staying and where you will be staying for the time being.

A Japanese immigration officer may ask you for proof that you intend to depart by your declared date (i.e. your departure flight details). While you won’t get arrested if you don’t have the information with you, you may be interviewed to ensure you won’t be doing anything suspicious. It can take an hour or two, which may mess up or delay your original itinerary.

Have Some Yen on Hand

Before your flight to Japan or before you leave the airport in Japan, be sure to have some of your local currency exchanged for Japanese yen. Unlike China, Singapore, and many other countries in Asia, Japan has not yet fully adapted to credit cards and virtual wallets. It can be difficult to find an ATM that accepts debit cards from foreign banks, so be sure to have cash on hand.

Japan is one of the safest countries in the world. While this means there’s less chance of becoming the victim of a robbery, mugging, or physical assault while traveling alone, it’s prudent to still exercise caution.

This means taking practical measures like avoiding Tokyo’s Kabukicho, a nightlife district where Japanese nightclub scams (they aggressively try to convince you to enter and buy plenty of snacks and drinks before charging you exorbitant bills). Keep your phone, wallet, and important papers in your bag and be mindful of it to avoid pickpockets. When hiking a difficult path, make sure someone knows where you went: send a message to a loved one or let the hotel staff know.

In short: if you would not do something alone in your own country, don’t do it in Japan.

Avoid Hot Springs If You Have Tattoos

In Japan, men with tattoos are often associated with the criminal underworld. This is why some hot springs and pools forbid men with tattoos from using their facilities. If you have tattoos that are likely to be visible, expect that you may not be able to partake in this cultural experience.

Some hot springs may allow foreigners with tattoos or those with small tattoos to enter. So, to be safe, it’s best to ask hot springs staff if they will let you in. It’s much better to be turned away quickly than to be asked to leave when they spot your tattoo later on.

Many guides that tell you what to do in Japan are often under the assumption that you’ll be traveling in groups. When your itinerary is based on group travel, you may find traveling alone in Japan uninteresting because you’ve gone to places that are much better experienced with friends or family.

When traveling to Japan alone, your itinerary should have “purpose.” That is, instead of going to places simply because they’re popular, go to places you really want to see because you know there is something for you to do there. A few examples:

The thing about Japanese public transportation is that they are always on time, if not earlier. In your country, you might be used to public transportation being late by a few minutes, but in Japan, this is a big no. Missing a bus or train can set you behind schedule, so it’s always better to come earlier, even if you’re on vacation.

Expect to Be Turned Away

During your solo travels in Japan, you might be tempted to visit an izakaya, or a Japanese casual bar where you pay for your seat and be served with drinks and whatever food comes your way. But you find the owner or staff refusing to let you in or service you.

This isn’t a personal slight: some establishments simply turn away foreigners because they do not have the language skills to deal with visitors who cannot speak their language.

Some izakaya may also turn you away because they don’t want their regular local clientele to feel uncomfortable with foreigners. If this happens, simply leave and find another izakaya.

Get a Fast Pass for Theme Parks 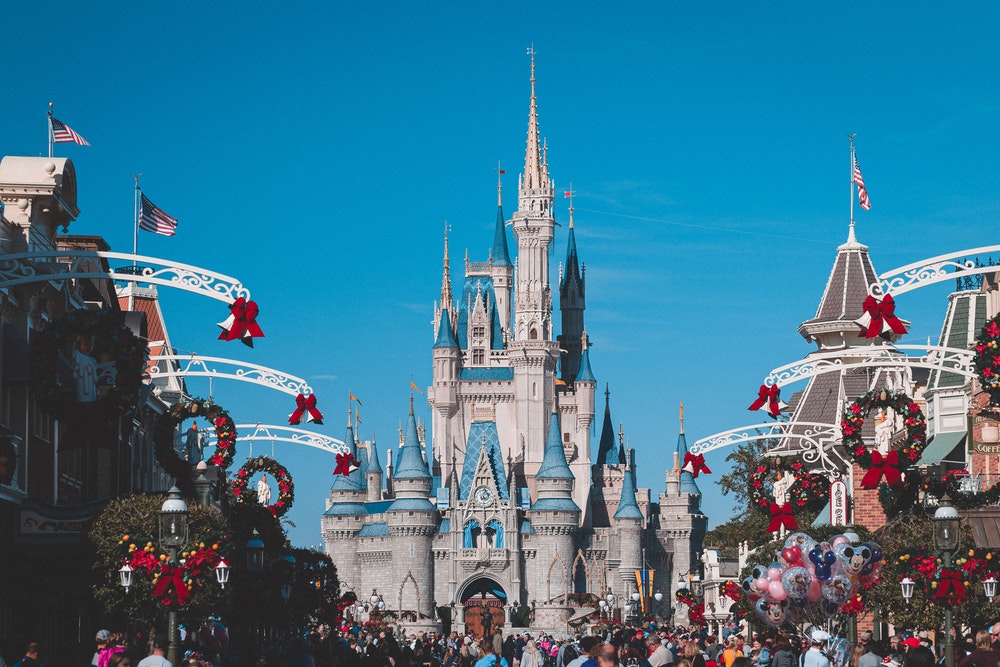 Japan is home to big theme parks like Universal Studios Japan, Tokyo Disneyland, Legoland, Sanrio Puroland, and more. And during peak season, the lines to the rides and attractions can be very long. With a group, you have company while waiting for the lines to move. On your own, however, it can drag on and you may find yourself waiting in lines for the better part of the day.

If you haven’t bought a Fast Pass before, now might be a good time to get one. Fast Pass lines often have lines, too, but these are much shorter especially when you’re visiting during peak season. Another way to avoid the long lines is to visit parks in the evening when tour groups and families would have left by then.

If you’re a man planning to travel alone in Japan in the future, don’t be daunted by the language and cultural differences. As long as you are prepared to visit Japan, understand the culture and practices, and be mindful of your plans, you can have a memorable experience visiting Tokyo and other Japanese cities on your own.

PrevPreviousEverything You Need to Know Before Getting on a Table Shower
NextCan’t Travel Yet? Watch These Food and Travel Shows on NetflixNext
Scroll to Top
Go to mobile version