Nicosia, Cyprus: A Travel Guide When Visiting the Capital 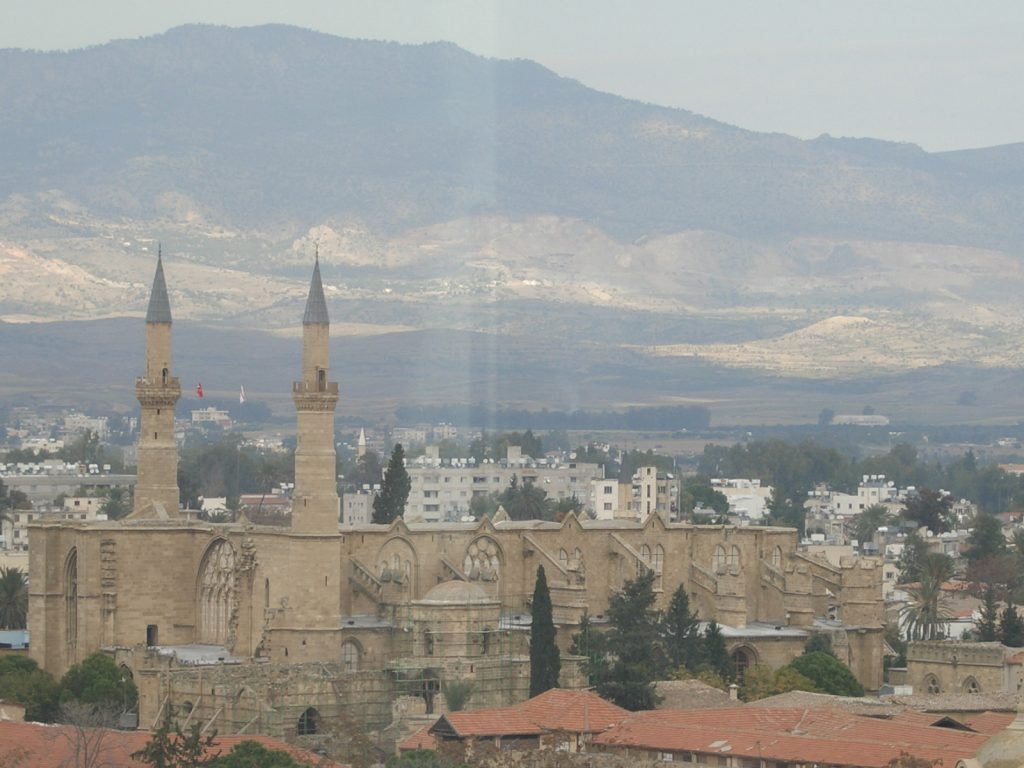 Countries all around the world are opening up their borders cautiously. Take the case of Singapore as an example. This island nation is reopening its borders to more destinations, lifting the quarantine requirements for travelers from Macau, Brunei, Hong Kong and Germany.

Another island country that’s slowly re-opening to tourists is Cyprus. Traveling Lifestyle reports that leisure travelers from 64 countries can visit Cyprus sans quarantine if they can obtain a negative COVID-19 test result not older than 72 hours or a Digital Green Passport. There are also other conditions for entry, but the fact remains that this island nation is doing its best to bounce back from the pandemic and gradually accommodate tourists.

If visiting this country is part of your travel bucket list, you’ll want to visit the capital first: Nicosia, Cyprus.

Nicosia, Cyprus isn’t Greek despite having extensive cultural ties with Greece. The island nation is not under the control of Greece.

As for whether Nicosia is Turkish, the story is incredibly complicated. You, however, need to know the important details if you’re going to visit this capital city as a tourist for the first time.

When travelers visit Cyprus, particularly Nicosia, they see two places. First is the Turkish Republic of Northern Cyprus, a region under Turkish control. Its flag is different from the official Cyprus flag. Second, which many nations recognize, is the Republic of Cyprus.

Next, you have the people of Cyprus. Supporters of the Republic of Cyprus usually refer to Northern Cyprus as “Occupied Cyprus.” People living in Northern Cyprus, on the other hand, may say they’re Turkish. Be prepared to hear two different answers.

Crossing the Border to Get to the Other Side of Nicosia

You need to be aware of the political division in this island nation, especially if you are visiting Nicosia, Cyprus for the first time. Nicosia, unfortunately, is two capital cities in one.

When you cross the Green Line from the Republic of Cyprus into North Nicosia, you’re technically traveling to a different territory. People in North Nicosia will say that you’ve entered Turkish territory.

Many nationalities, including passport holders from Australia, Canada and the United States, will find crossing the border easy. If you, however, are a citizen of Armenia, Nigeria or Syria, you will need to obtain a visa in advance if you want to enter Northern Cyprus.

Although the process of touring Nicosia, Cyprus is complicated given the awkward division of the city, you can at least know that crossing the border is safe.

How to Get to Nicosia, Cyprus

If you’re coming from Europe or the United Kingdom, you can fly with Cyprus Airways, British Airways, Lufthansa, easyJet and Ryanair.

Traveling from Asia? You could get to Nicosia by flying with Emirates and Qatar Airways.

If you’re coming from the United States, take note that there are no direct flights to Nicosia, Cyprus. You’ll need to fly via Europe to get to your destination.

What to Do in Nicosia, Cyprus

Important Note: we’re going to assume here that you can travel without issues in Nicosia, Cyprus. If you need further assistance, please check with the appropriate embassy or diplomatic mission for travel and visa advice.

South of the Green Line

This part of the capital city has several museums covering a range of subjects, including classic motorcycles, coins, education and Byzantine art. If you don’t know where to begin, check out the Cyprus Museum. This tourist attraction tells the rich history of the island nation through archaeology. It holds artifacts dating all the way back to the prehistoric era.

The views from this observatory are spectacular. You can wonderful architecture for miles across North Nicosia. You’ll also find an enormous North Cypriot flag in Mount Pentadaktylos. It’s so big that people can see it from space.

This is the main shopping street of Nicosia, Cyprus. It isn’t particularly atmospheric or picturesque, but it’s notable for its history rather than its appearance. Back in the 1950s, this street became notorious for Cypriot nationalist attacks on the British military.

North of the Green Line

Chill at the Pavement Cafés

The Turkish part of Nicosia, Cyprus has lots of beautiful pavement cafés that allow you to relieve stress and enjoy the peaceful atmosphere.

Erected in 1572 by the Ottomans, this caravanserai was a place where weary traders and travelers can rest. Today, it’s a big, square, two-story building with a wonderful central courtyard.

This mosque is a confusing sight, especially if you’re familiar with the churches of western and central Europe and Gothic cathedrals.

You’ll find flying buttresses, usually Gothic columns and arches that suggest a cathedral-like layout. This is because the mosque used to be a Roman Catholic cathedral. This structure, in fact, was initially the Cathedral of Saint Sophia. The conversion of this structure from church to mosque makes this attraction a fascinating place to visit.

Don’t let the divided city of Nicosia, Cyprus intimidate or discourage you from having a good time. Just plan your itinerary well and anticipate any travel issues or challenges that could come along your way.