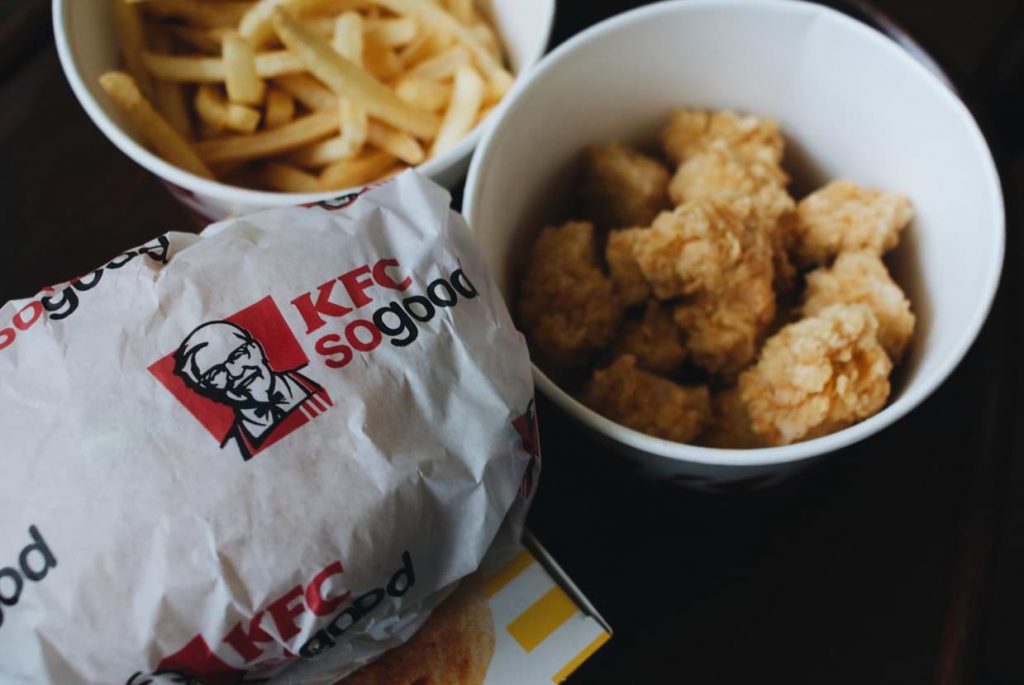 In my home, we handle leftover fried chicken the way most food safety organizations recommend: by placing them in the refrigerator. Immediately after every meal, leftovers are transferred to air-tight containers and placed in the fridge. After three to four days, if they haven’t been eaten yet, they’re properly disposed of. So, imagine my surprise to find out that, for some households, this isn’t a common practice.

About a month ago over the Christmas holidays, my family and I had an overnight stay at my aunt’s house. I witnessed my aunt’s family leave a chicken dish on the table after dinner, left it there overnight, and simply reheated it in the microwave before serving it for breakfast in the morning. Some people got the leftover chicken and, surprisingly, no one got sick.

The US Department of Agriculture says that by properly handling leftovers, we greatly reduce the chance of contaminating food and causing it to carry a foodborne illness. But how long can fried chicken (or really any chicken dish in general) sit out and still be good to eat? Similarly, how long can chicken stay in the fridge or freezer before it goes bad?

Why Does Chicken Go Bad So Quickly?

You might have noticed how chicken goes bad faster than other meat dishes like pork and beef but not as fast as seafood. Fish going bad quickly can be attributed to bacteria found in seafood being acclimated to near-freezing temperatures. While bacteria in other meats (which are used to warmer temperatures) are paralyzed in a freezer, bacteria on seafood will slowly continue to decompose fish even while frozen.

Chicken, on the other hand, has bacteria like salmonella, campylobacter, and E. coli on it even while it is alive; in comparison, most meats don’t have so many pathogens on it. When a chicken is slaughtered, these bacteria remain and start to decompose a chicken’s body. After slaughtering, a chicken is subjected to water and ice to be cleaned and chilled before making it to consumers’ freezers. Chicken skin absorbs more water than, say, pork or beef skin, and that water makes chicken skin an ideal breeding ground for bacteria. Freezing a chicken stops most bacteria like salmonella from breeding, but it won’t completely stop other bacteria that will grow at a slower pace.

When it comes to meat in general, raw and cooked meat spoils when so much bacteria has grown that it’s no longer safe to eat even if it is cooked (or in cooked meats’ case, re-cooked). A certain level of bacteria concentration determines whether meat is spoiled (for chicken and other poultry, it’s 32 million bacteria per centimeter square). You can’t visibly count the bacteria, but you can tell when a piece of chicken reaches that level based on things like its smell, appearance, or that slimy layer that grows on raw chicken that indicates spoilage.

Whether you get the chicken late at night at a 24/7 fast food restaurant or make homemade chicken, there’s a certain temperature you need to reach to kill the salmonella and E. coli inside the chicken. The inside of your chicken needs to reach at least 165 degrees Fahrenheit (73 degrees Celsius) for at least 15 seconds to make the chicken safe to eat.

How Long Can Fried Chicken Sit Out?

Frying your chicken will not stop the meat from spoiling. While frying chicken kills off most of the bacteria, it doesn’t completely take out all of them. Some spores cannot be destroyed by cooking, and are instead are protected in a state of vegetation until it can grow in more ideal conditions. In other words, once you take your chicken out of the fryer and serve it, the closer your chicken gets to room temperature, the more likely the bacteria will begin to grow again.

Ideal bacteria proliferating temperature can range from 40 to 140 degrees Fahrenheit (4.5 to 60 degrees Celsius). Under the right conditions, bacteria can double every 30 minutes. So, let’s say that freshly fried chicken has around 500 bacteria. If left to cool at room temperature for two hours, it would have doubled four times, which meant it would have had 8,000 bacteria after two hours, increasing the chances of food poisoning.

While some people believe that leaving fried chicken out for two hours makes it too dangerous to eat, this is not always necessarily the case. If you’ve ever been on a picnic or ate at a potluck, it’s highly likely that that chicken has been out for around a few hours.

Depending on the room’s temperature, how the food was handled (e.g. placed in a container that can retain the hot temperature for longer), and other food safety factors, it may still be safe to eat fried chicken even if it was out for three or four hours. However, by five or six hours, the chances of getting food poisoned may increase drastically.

How Long Does Fried Chicken Last in the Fridge?

Let’s say that you took your leftover fried chicken, placed it in an appropriate container, and kept it in the fridge before it could reach room temperature. How long can it last stored in a refrigerator?

The cold temperature of a fridge can slow down the bacteria from multiplying, but not in the same way your freezer can almost completely stop most bacteria from growing. The USDA recommends consuming fried chicken (whether cooked at home or bought from restaurants and convenience stores) within three to four days of cooking it. Your refrigerator must have a temperature of 40 degrees Fahrenheit (4.4 degrees Celsius) or below.

Other types of chicken products have different storage types (e.g. chicken cooked in broth have roughly the same storage time in the fridge, but a shorter lifespan in the freezer).

Can You Freeze Fried Chicken?

If you know that you won’t be able to eat fried chicken within the next few days, you can opt to freeze fried chicken. You can store it in the freezer for up to four months as long as your freezer has a temperature of at least 0 degrees Fahrenheit (-17.8 degrees Celsius) or lower. While it is technically safe to defrost and eat, it may have an effect in terms of flavor.

Fried chicken is a meal plenty of people love. However, chicken meat can be prone to developing bacteria very fast, so it’s important to practice food safety when freezing, cooking, and refrigerating fried chicken.