Pack Doritos 3D on Your Next Road Trip 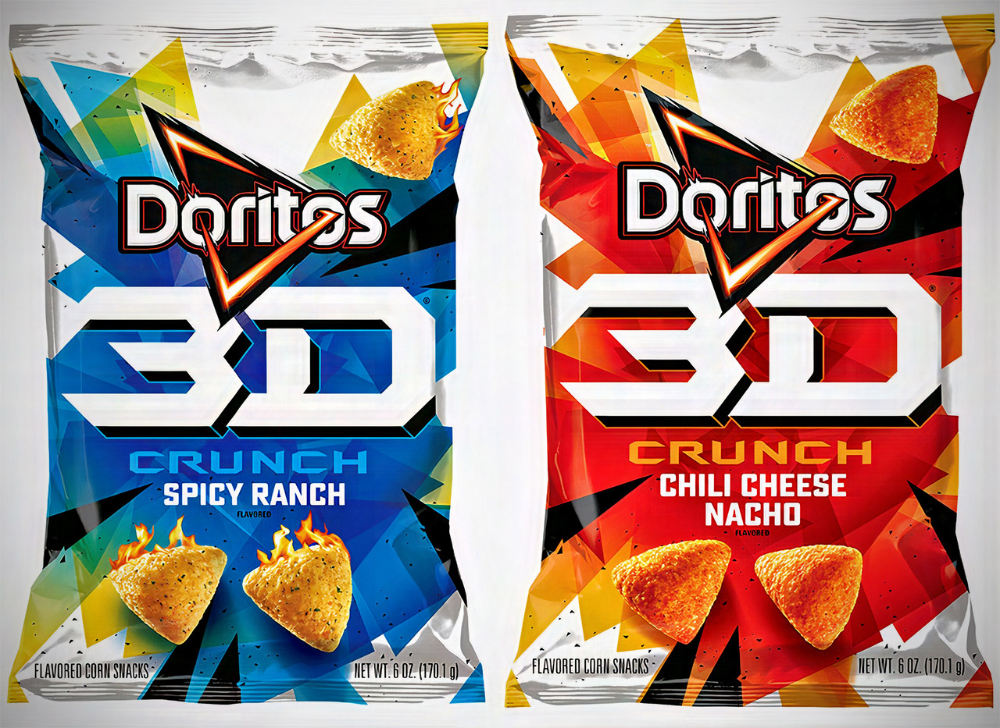 Summertime is just around the corner. If you have plans to hit the road and make the most of your summer break, you’ll want to pack the right snacks for your trip. Depending on where you’re going, you may not always encounter fast food establishments, such as Wendy’s, Taco Bell and Pizza Hut, while cruising on the freeway.

So what snacks do you buy in advance and pack in your vehicle? The answer is chips that you can buy at a grocery store or the nearest gas station.

If you’re looking to add this road-friendly snack to your “to-munch-while-on-the-road” list, you’ll want to make sure that you go beyond getting the run-of-the-mill potato chips. This Summer 2021, make your road trip food snacking experience a little more special by including Doritos 3D (also known as 3D Doritos) in your shopping list.

What is Doritos 3D?

Doritos 3D chips isn’t entirely a new product. This line of puffed Doritos debuted in 1998. Many who bought Doritos 3D during this time described the product as “Doritos meets Bugles.” The flavors included Zesty Ranch, Nacho Cheese and Jalapeño Cheddar.

Why Was Doritos 3D Discontinued?

The popularity of Doritos 3D in the ‘90s, unfortunately, waned. Frito-Lay discontinued this product in the early 2000s.

The truth behind the death of Doritos 3D isn’t exactly known. Frito-Lay, however, dropped a hint that the brand of chips probably wasn’t doing great as the company anticipated.

Lauryn Elizabeth reached out to Frito-Lay via Facebook in 2013 asking about the disappearance of 3D Doritos. The person running Frito-Lay’s social media account replied that although many of the company’s snacks have a passionate fan following, not every product makes it to the favorites list. They then assured the fan that they will “pass along the feedback.”

Then, Doritos 3D Made a Comeback

Although some snack foods die and never return to the market, others make a comeback at a time when people least expect it.

After more than two decades, Frito-Lay brought back a nostalgic ‘90s snack. On December 21, 2020, the company launched Doritos 3D with a revamped recipe, name and look: Doritos 3D Crunch.

The makers of Doritos drafted Matthew McConaughey as “Flat Matthew” to promote Doritos 3D during the Super Bowl match between the Tampa Bay Buccaneers and the Kansas City Chiefs.

The commercial featured McConaughey in his dimensionally challenged form struggling through a variety of scenes, such as walking his dog, driving his car and playing football. The advertisement concludes with McConaughey finding the solution he needs in a package of Doritos 3D.

The television ad, unfortunately, garnered mixed reactions from the audience. Some viewers expressed discomfort over McConaughey’s depiction. Others said that they preferred the actor to make cameos in Lincoln ads.

Despite making others feel a little put off by the ad, no one can deny that Flat Matthew was one of the people’s favorite commercials during the Super Bowl. One user on social media believed that the Doritos 3D commercial trounced the space-themed commercial of Pringles, which also got mixed criticism from fans.

One fan even asked the folks at Doritos if they sell Flat Matthew promotional items available. This way, they could purchase their version of Flat Matthew on top of their already bought packs of Doritos 3D.

Haven’t watched the ad yet?

Check out this video below and see what you think of the Doritos 3D commercial:

Where Can You Buy Doritos 3D?

If you are looking to purchase Doritos 3D, simply head to the Doritos 3D crunch website to locate stores near your area that sell Doritos products.

Alternatively, you could buy Doritos 3D for sale at major retailers.

Target is selling six-ounce bags of both flavors for $3.99. Walmart is selling both varieties for $2.98. Whatever you choose, you can feel confident knowing that buying a couple of bags won’t deplete your road trip travel fund.

When you’re shopping for snacks for your next road trip, try Doritos 3D Crunch. If you’re bored with 2D-looking chips, give the 3D version a chance and see if this will turn out as the best road-friendly snack for you.

PrevPreviousFoodies, Be Sure to Dine at American Deli
NextSweet But Healthy: Fast Facts About Enlightened Ice CreamNext
Scroll to Top
Go to mobile version