Café or Restaurant? The History and Evolution of These Establishments 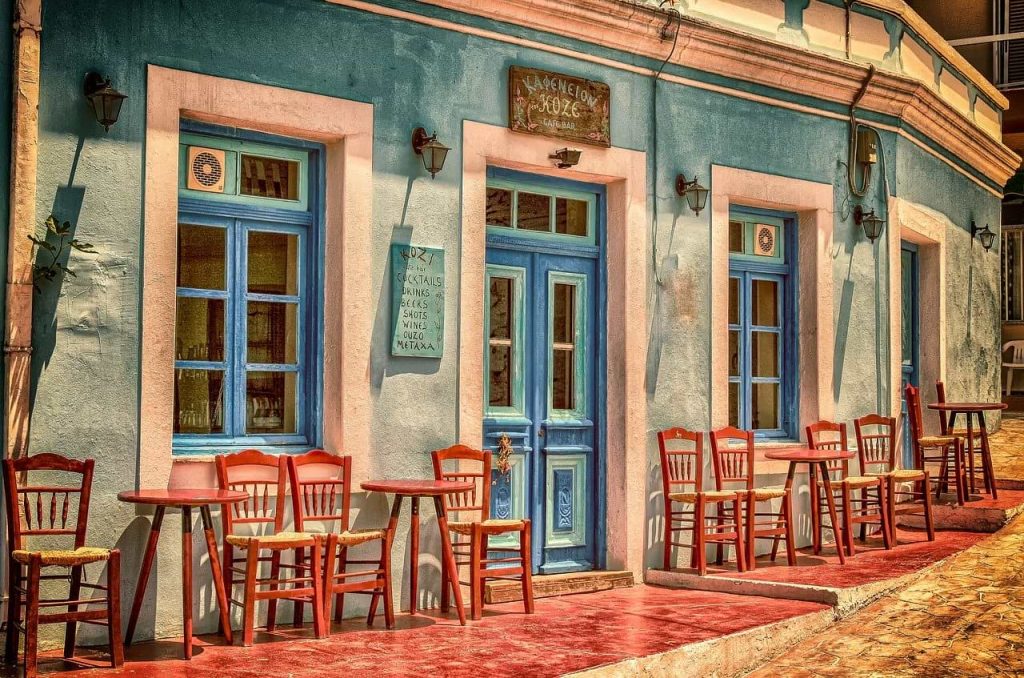 A lot of people still mistake cafés for restaurants and restaurants for cafés. And it’s understandable: they’re both establishments that serve food and beverages, albeit with different concentrations for both. So are they actually different, or are the names just some form of a marketing scheme to make it sound fancy?

As it turns out, cafés and restaurants actually ARE different, and their differences stem from their unique and colorful histories that stretch back to ancient times, across continental Europe and Asia.

A Brief History of the Café

Today, when we think of cafés, we think of either chain establishments with the blended coffee drinks or hip third-wave coffee shops with the v60 cold brews. And while this makes it look like cafés are modern conveniences, they’re actually ancient establishments that have been around since well before the 15th century.

Establishments that mainly serve coffee have been around continental Europe for ages, but the first recorded café would probably be Kiva Han, a coffee shop located in the heart of Constantinople (now known as Istanbul). Imperial Ottoman records mention Kiva Han as a popular place for people of all walks of life to come in and enjoy a cup of strong, Turkish coffee.

Speaking of strong, Turkish coffee, that’s exactly how Turkish people enjoy their coffee: strong, black, sweet, and ideally brewed in an ibrik, a traditional Turkish coffee pot. Such is the importance of coffee to Turkish life that, back in the 15th century, a Turkish woman could legally divorce their husband should he be unable to provide her with enough coffee.

After Kiva Han, plenty of other coffee shops and cafés opened up across Turkey, and with Constantinople being an extremely important trading center in the Middle Ages, the idea of coffee and cafés soon arrived in continental Europe.

Opening Up Shop in Europe

Although Europe already had inns and taverns that served meals and mead, establishments that primarily served coffee only really started appearing around 1529. Coffee shops started appearing in Paris around 1652, where they were given the name Café, the French word for coffee. From there, it spread to Italy, Germany, and England.

But even then, coffee shops were generally small establishments that were viewed as serving only this niche product for a niche market. That is, until a certain Georg Franz Kolshchitzky came along and practically created the European coffee scene.

Legend has it that, after the Battle of Vienna in 1683, Georg Franz Kolschitzky (real name Jerzy Franciszek Kulczycki), a Polish diplomat who had become a hero following his rescue of the city, noticed that the Turkish army had left hundreds of sacks of coffee when they fled. Georg, who had lived in Constantinople for some time, recognized these as coffee and saw their value.

Soon enough, he was given a license to sell and serve coffee at his shop. To make the strong, Turkish coffee palatable to European tastes, he brewed his coffee with cream and sugar, inadvertently creating the first European coffee house. Soon, cafés across Europe started serving their coffee with sweet pastries and other baked goods, solidifying the coffee house as a European institution.

In Vienna, cafés served as important meeting places for intellectuals who viewed coffee houses as more sophisticated and urbane destinations as compared to taverns. It’s in these Viennese coffee shops that the revolutionary ideas of the 17th century onwards were born.

Of course, when the British colonized the New World, they brought with them their newfound love for coffee and the idea of the café. Soon, cafés started popping up in America, fulfilling the same role as its European counterparts by providing a space for businessmen and intellectuals to come and discuss everything under the sun.

Such was the importance of coffee shops and cafés in the fledgling nation’s business scene that the first New York Stock Exchange in 1793 was actually located at a café: The Tontine Coffee House on the corner of Wall Street and Water street, was built by a group of stockbrokers and traders who wanted a place where they could meet, trade, and of course, enjoy a cup of joe.

Cafés today are vastly different from their historical counterparts: where coffee shops were once lively meeting places for businessmen, intellectuals, and members of the nobility, today’s cafés are highly accessible commercial establishments that cater to younger crowds looking for a quiet place to enjoy coffee in silence.

The café has come a long way, but in reality, cafés are more an offshoot of the restaurant, a type of establishment that goes all the way back to the time of the Romans.

A Brief History of the Restaurant

Whether it’s some fast-food joint or a Michelin starred restaurant, going out for a meal is such an integral part of our everyday life that, sometimes, we fail to appreciate just how far these establishments have come.

The word restaurant first entered the European vocabulary in the early 18th century, where it was described as a French dish comprised of a hearty meat broth that was served in various inns and taverns. However, the idea of a public place that served food had been around long before the word was ever coined.

From the Dawn of Civilization

The origin of restaurants has its roots in the very core of the human experience: eating, after all, was always an event that involved entire communities. But while the idea of enjoying a meal outside of your home is as old as society itself, it was in Classical Antiquity in Ancient Greece where we get our first recorded moment of a commercial establishment that served food to people.

The concept of a Thermopolia was born in Greece and was a place that served home-cooked food and various beverages to paying customers, regardless of their social class. In fact, in the city of Pompeii alone, archaeologists managed to find over a hundred thermopolium scattered across the ruins. Unlike modern restaurants, though, a typical thermopolium would serve its food on bowls carved into stone counters.

Prior to the Industrial Revolution, most houses weren’t equipped with kitchens; at most, a simple hearth would be placed in the shared living spaces of homes. Fully-functioning kitchens were reserved mainly for the upper or ruling classes. In fact, it became common practice for most commoners to have most, or all, their food cooked in the kitchen of their town or village’s lord.

Soon enough, enterprising individuals started creating establishments that were dedicated specifically to feeding the hungry masses, for a price, of course. Inns and taverns became popular across Europe, and are considered to be the precursor to the modern restaurant. Of course, a key difference is that these ancient restaurants usually only served one dish per day, usually decided upon by the chef of that particular tavern or inn.

Across the world, however, in Ancient China, restaurants took the idea of an establishment that served food to a different level by offering customers a range of dishes at different prices. By the time of the Song Dynasty (between 960AD to 1279), restaurants in the Imperial capital were serving up dozens, if not hundreds, of different dishes from their kitchens.

The Birth of Haute Cuisine

Prior to the 18th century, the food served in inns and taverns were generally simple fare; basically anything cheap and fast for the weary traveler. However, by the middle of the 18th century in both Europe and Asia, restaurants started popping up in major population centers offering more sophisticated dishes, and even full-on meals. By the end of the 18th century, Paris had become a major culinary destination, and the birthplace of the modern restaurant.

Legend has it that in 1765, a certain Monsieur Boulanger opened up an establishment that offered restaurant, ‘restorative’ broths that were both delicious and rumored to be good for the health. Soon enough, other establishments followed suit, and the term restaurant became synonymous with establishments that serve food.

By 1782, a chef named Antoine Beauvilliers opened up a restaurant that catered exclusively to wealthy clientele and was considered to be one of the first luxury restaurants. It became such a hit that famous French food critic Brillat-Savarin praised it immensely and became a regular customer.

Restaurants became even more popular after the French revolution when the numerous personal chefs of the aristocracy soon found themselves without their previous employers. These chefs would then go on to open their own restaurants, with various types of dishes and aimed at various types of clientele.

So What’s The Difference Between a Café and a Restaurant?

Cafés can also serve food, but mostly as snacks or pastries, whereas restaurants will mostly serve full meals and some alcoholic beverages.

But it’s their individual histories that really drive home the key differences between the two.

PrevPreviousTips for New Travelers Who Are Scared of Exploring
NextLong-Term and Short-Term Hotel Stays: What’s the Longest and Shortest Possible Hotel Stay?Next
Scroll to Top
Go to mobile version