The Best Places to Sit on a Plane for Every Contingency 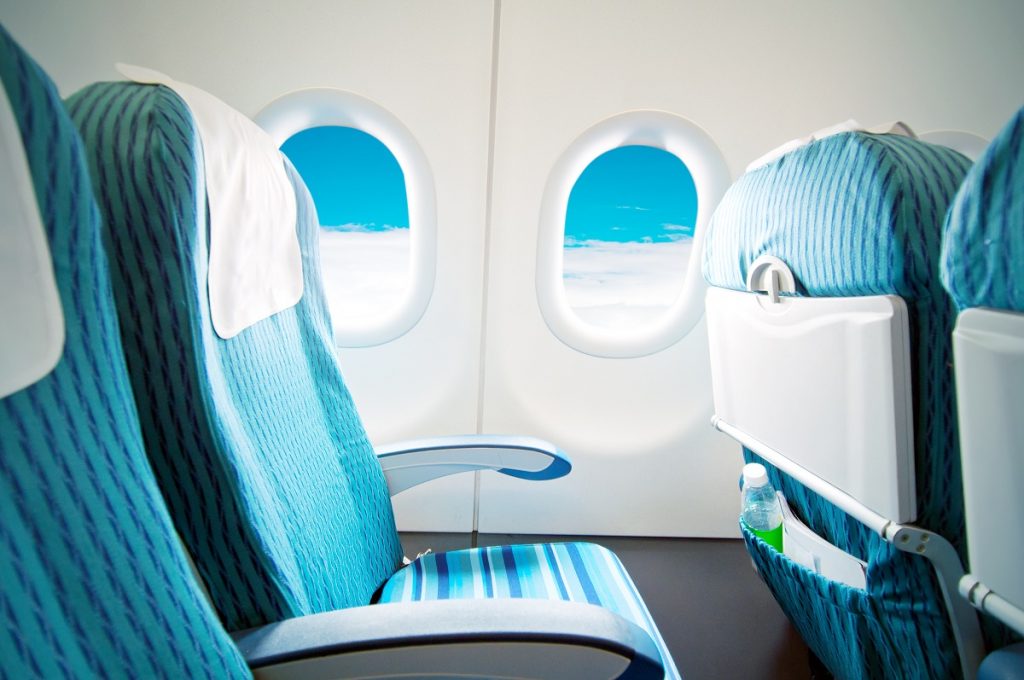 Part of every flight is the question of where you end up sitting on the plane. For those trying to save a few dollars on their travel expenses, that question may be left to the airline crew responsible for checking you in for your flight. But for those who have the budget to choose where they want to sit, the question remains: where are the best seats on the plane?

If we’re looking solely at comfort, the answer is simple: anywhere in first class. But when people think about the “best” place to sit on a plane, their criteria may be different. Some want to get the most convenient seat, others want an area that doesn’t shake as much during turbulence, while some are bracing for the worst and want to know the best seats on a plane in case of a crash landing.

With that in mind, let’s take a look at the best places to sit on a plane according to different criteria.

Best Place to Sit for Comfort

The short answer: first class. There’s no other answer for this, no matter how much airlines will try to convince you that their economy seats give you “the best money for your value.” The job of any airline is to get you from Point A to Point B, and if you want the best comfort, you can expect that in the first-class cabin.

Sitting in first-class on domestic flights can set you back around $1,300, and even more for international flights (an economy flight from New York to the UK can cost $900, but it costs $5,400 for the same flight but in first-class). It’s expensive, but take a look at what a first-class ticket entails in comparison to economy flights.

So, of course, those with the money to spend on first-class tickets will want to opt for better travel accommodations rather than being stressed out in cramped seats with limited legroom.

If first class is out of the question and you’re limited to Economy Class, you still have the option to choose your seats: window seat, middle seat, and aisle seat. Which one do you pick for comfort?

Well, it really depends between window and aisle seat depending on your preference. But if you really want comfort, the middle seat is out of the question. It has the worst of both worlds: you can’t see out the window or easily raise and lower it; you have to make the one at the aisle seat move every time you want to go out; the people sitting next to you may be rude and take both armrests, and; you have very limited legroom.

So, it comes down to choosing between the window seat or the aisle seat, and the answer to that is based on your preference. Those sitting at the aisle seat have a little extra legroom when they want to stretch their legs at the aisle, and they have easier access to the lavatory. They also have fast access to the luggage compartment in case they want to take something out in the middle of the flight.  Window seats, on the other hand, offer a view and a wall to lean your head against if you like to sleep on your side.

For the location of your seat, we recommend sitting toward the front, but not the frontest part of the cabin. Some airlines allow people and groups traveling with infants to sit in the front row. And if you’ve ever been in an economy flight with an infant, you know how irritating a long flight is with a baby that won’t stop crying.

Scientists have found out that even the most well-behaved babies won’t stop crying on flights because of the effects of the air pressure on their ears. It’s best not to confront the parent, especially if they’re evidently trying their best, but for comfort’s sake, it’s best to steer clear from baby seats when you’re reserving your seat.

Another great perk of staying near the front is that when flight attendants bring out the food cart, you are one of the first people that get to pick. If you’ve ever sat in the back, you might have experienced not having any more food options because everyone in front of you has already picked.

Best Place to Sit in Economy for Legroom

If you’re not willing to upgrade to Premium Economy but still want that legroom, choose an aisle seat in the second exit row. The first row is usually reserved for those in Premium Economy, people with infants, and handicapped passengers, depending on which airline you pick. But regardless of which airline you pick, the first exit row will never be allowed to recline, ensuring you have plenty of space in front of you.

You might think that if you’re looking for legroom, you should choose the bulkhead row. But what you might not see is that the bulkhead wall limits your ability to stretch, while the second row offers you the aisle and underneath the first row to stretch your legs.

If you’re planning on staying asleep for the majority of the flight, get a window seat on the left side of the plane towards the front. Not only does the airplane’s walls make it comfortable for you to lean on, but you won’t be disturbed by people in the aisle and middle seat when they go to the bathroom.

As for the positioning, it’s to ensure that your sleep is as comfortable as possible. The front of the plane is less noisy, while the left side of the plane is off-center because of the aircraft doors. Thus, the windows are slightly off and allow you to rest your head comfortably. 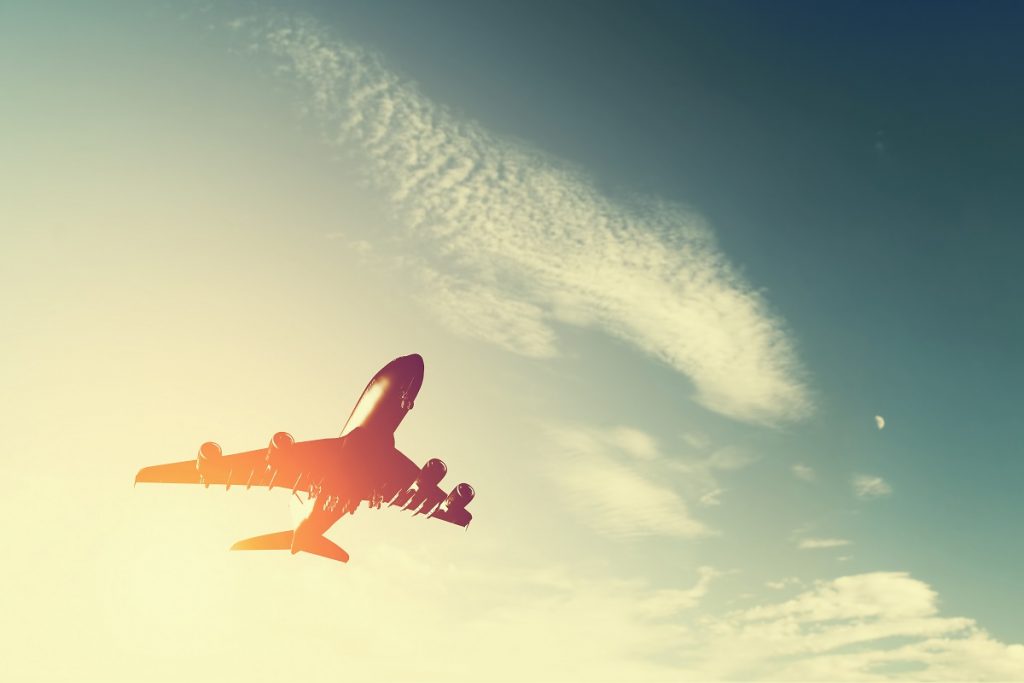 Where’s the best place to sit for people with motion sickness? Choose a seat over the wing. When you reserve a seat online, you should get a diagram of where the wing seats are. While some form of turbulence during the flight is unavoidable and it can affect the whole plane, it is less noticeable towards the middle of the plane due to equilibrium and the wing area being the plane’s center of gravity.

The worst place to sit? At the front or back rows where most of the turbulence can make those ends of the plane move up or down more.

Best Place to Sit If it Crashes

The safest place to sit on the plane has always been a tricky one, but if you had to pick the one that gives you the most peace of mind, choose the back of the plane. Although there are some aircraft tragedies where there are no survivors (which means there’s no guarantee you’ll be safe regardless of where you sit), plane crash statistics in the US dating back to 1971 suggest the back of the plane is safer.

Best Place to Sit If You Have Bladder Conditions

Pick an aisle seat at either the front or back of the plane (or wherever is closest to the lavatory). When reserving your seat online, you can see where all the lavatories are stationed, so you can reserve your seat ahead of time. Taking the window or middle seat means having to excuse yourself so those blocking your path can move. This can take time (and also earn a few glares from them if you go too many times), which you may not have if you have a bladder condition.

Best Place to Sit for People with Infants

People with infants and young children often get glares the moment they step into a plane because of the possible noise and ruckus they may make. If you want to spare your fellow passengers and yourself from the stress, sit in the front bulkhead seat. Some airlines may even reserve these spots for parents with infants, though it’s not guaranteed.

Sitting at the bulkhead offers some space in front so your children can stand up and move around when it’s safe to take seatbelts off. You also won’t risk your children kicking or disturbing passengers in front of you. This gives you much more room to handle your children in case they get too loud or fussy. And if they have to go to the lavatory, you can easily watch your children enter and exit. Keep them by the window and middle seat and put yourself in the aisle seat.

Best Place to Sit for Those Who Want to Leave First

Many people want to be one of the first people to leave the aircraft for various reasons. They might want to get ahead in immigration lines. They might not trust their passengers from stealing their luggage when it arrives at the claiming area. Or they just don’t like using the airplane lavatory and had been holding it in and waiting to use the first restroom they see.

Any seat closest to the front of the plane is your best bet. Some airlines and airports open the back door when de-planing, but there’s never any guarantee that they will open it. But the front boarding door will always open, so choose the front seat on the left aisle for the fastest way out.

Best Place to Sit for Larger People in Economy

Larger people may feel uncomfortable sitting in economy because of the cramped seating conditions. If upgrading isn’t an option, opt for an aisle seat as it allows extra space and legroom without taking up space for passengers on the middle seat. Also, the aisle armrest can lift up to provide more space. Simply feel the armrest for a small button to unlock it.

With the new normal put into place for the foreseeable future, it’s understandable why some want to choose seats based on their risk of contracting COVID-19. While major airlines like Delta, American, and United are taking steps to screen passengers thoroughly, one can’t be too cautious during this time.

The World Health Organization defines contact with a person infected with COVID-19 as someone who was seated within two rows from the person. But as we currently know, sitting near an infected individual is not the only way to contract it. Depending on what a person touches, where they go, several parts of the plane may already be contaminated.

The solution? Sit on a window seat.

A 2018 study from Emory University examined how viruses (such as the coronavirus) could transmit based on the average behavior of people during flights. They noted that window seat passengers are less likely to get up from their seats. And when someone passes up or down the aisle, they are close enough to transmit the virus to those sitting in the aisle and middle seat, but not the window seat.

So, depending on what your criteria are for the best seats on the plane, there can be plenty of answers. First-class will always be the answer in terms of comfort. But if you’re talking about sitting in Economy like the rest of us and think “best” based on safety, legroom, size, sleep, or risk of infection, then there are different options you need to weigh in.

PrevPreviousHelping Board Members Be More Involved in Nonprofit Fundraising
NextNow Boarding: What Happens If You Miss Your Flight?Next
Scroll to Top
Go to mobile version